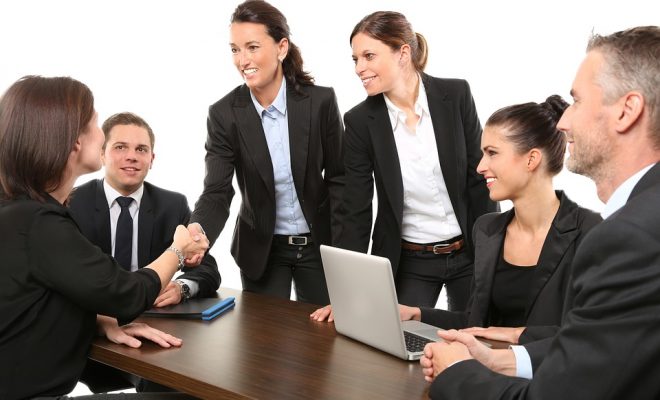 Expanding to Europe could boost your UK business idea

Having a great idea for a business doesn’t necessarily mean that your home country is the best place for it, and expanding an existing business overseas doesn’t have to mean that it will fill the same niche at the same level in its new location. A business can do enormously better in one geographical area than in another, and utilising well-established ideas that haven’t yet travelled to other countries is a powerful way to get off to a flying start, as concepts that are familiar here may be new and exciting somewhere else.

Heinz is the largest purveyor of soups, beans and table sauces in the United Kingdom today, but when the business was originally launched in the US they found themselves labouring in the shadow of an already well established competitor in the form of Campbell’s soup. It was only when they decided to expand into the then-untapped British soup market that they really found their angle and became the leading brand.

This is by no means a unique story – in fact, many big companies have used this strategy of replicating a business in another location. There is a South Korean company called The Face Shop that is very successfully emulating the UK’s own The Body Shop (the Asian company was acquired by LG in 2009 for ₩350 billion – around £230 million in pounds sterling). In fact, The Body Shop itself was born after its British founder, Anita Roddick, happened to visit California and encountered a business with that name, ultimately deciding to recreate it at home.

Budget airline Ryanair’s big idea was simply to mirror the business model of Southwest Airlines and transpose it to Europe, where the American carrier had no interest; Asian shopping giant Alibaba was launched by two Chinese entrepreneurs four years after the birth of Amazon, and is now the world’s largest retailer. The examples are almost endless.

If we focus on Amazon, it’s by no means the case that the retail giant has expanded to every corner of the globe. In fact, local equivalents are going strong in many different countries, in some cases even in places where Amazon does have a presence. France has Cdiscount, Germany has Zalando and Real.de, Finland has Fruugo, Belgium and the Netherlands use Bol.com, Poland has Allegro, and so on. Croatian company Agrokor established their own effort, Abrakadabra, two years ago, and have reported promising growth since (120% a month in some cases), proving that even for a tech company, a profitable niche that has been well-filled in one location might be wide open in another. It seems eminently likely that there may be other well-known services or ideas that haven’t yet reached certain countries and are waiting for the right entrepreneur to step in and capitalise on the unfulfilled needs of the population.

Gauging interest for your company

Thankfully, we live in an age with easy access to tools that can help to identify which locations are searching for which products. Google Trends, for example, can be invaluable for visualising where in the world your products might be needed. As an example, let’s say we’re trying to gauge interest for a hypothetical business selling living room furniture to European countries. We could search the topic “Ottoman – furniture” and get a ranked list of countries that are searching Google for this item in their own languages:

As we can see, there seems to be huge interest for this item in Poland; further down the list, the Netherlands and Denmark rank in positions 6 and 8 respectively. Of course, this doesn’t tell us anything about the existing competition in this niche, but it serves as a good general indicator of which locations might be receptive to the items we sell should we consider the pros and cons and decide to proceed.

We can then conduct further analysis, perhaps with the assistance of a native Polish speaker or translator to find the right word for the item – otomanka – and start to build a picture of how viable a business idea this might be, via Google searches, keyword research, and other forms of market research. If we should discover that the Polish market is unfortunately very saturated, we might move on to the Netherlands and continue our research, looking for a market that has room for a business like ours, or perhaps look for a unique marketing angle that might help us to powerfully stand out from competitors in Poland.

It’s important not to skimp on localisation and translation services, however; stories abound of carelessly-translated slogans and business messages causing overseas embarrassment for many large companies. When Pepsi’s slogan “Come alive with Pepsi” arrived in China, it somehow became “Pepsi brings the dead back to life”; an attempt to bring Schweppes Tonic Water to Italy saw the product rejoicing under the name “Schweppes Toilet Water.” Getting a literal translation of your name and slogan might be a recipe for disaster, so it’s always best to enlist professional localisation help to ensure your business isn’t viewed as a faux pas.

Using your UK status as an asset

Taking your idea abroad may confer an additional advantage in that your status as an outsider could be leveraged as a positive attribute. A British company selling British products in the United Kingdom isn’t especially noteworthy, but selling “British quality” items overseas might represent an exclusive selling point to help you stand apart from your competition. Part of Ikea’s massive success in the UK is the perceived stylishness of Swedish modernist furniture, and Häagen-Dazs ice cream aims to evoke ideals of continental European luxury, a tactic that rival ice cream company Walls has borrowed with its Carte d’Or brand. We are often happy to pay extra for products that evoke foreign quality, and the rest of the world is no different.

Barclays Bank conducted a survey earlier this year examining eight of the UK’s largest export markets and found that international consumers were prepared to spend up to an extra 22% on products bearing a “Made in Britain” label, and 39% of the 8,060 people asked considered products from the United Kingdom to represent good value for money. Respondents also cited reliability, international respect and high manufacturing quality as reasons for their trust in British goods.

It’s important not to be constrained by your location, and to not pass up the opportunities that may await you in other countries. Your products may do even better abroad than they would at home, and in today’s Internet-connected world, it’s never been easier to research opportunities and expand beyond borders.

Open A European Company.com founder Heather Landau has honed her skills in service advisory from the pragmatic to the practical. With 25 years’ experience in international marketing and business development, Heather is a leading voice on business expansion to Europe, and operates similar services across Europe and North America.