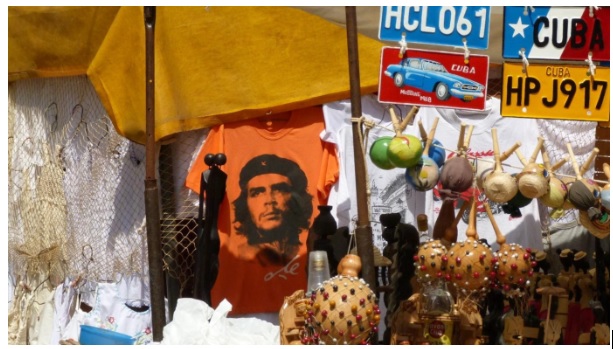 Last year, Google became the first foreign internet company to open its doors for business in Cuba, following the resolution between the US government and the Caribbean nation.

Google’s servers are a part of its global network of storage servers, known as the GGC nodes. They work by caching popular content, such as a YouTube video gone-viral on a local network. Until then, Cubans had to source their internet connection via a long-distance underground submarine cable linked to Venezuela. Google’s presence means they can access content directly on their own grounds.

The development heralded good news for Cubans who had waited decades for such foreign investments. It was believed that Google’s bold move would pave the way for more foreign companies to follow. However, almost a year later, save for a handful of businesses, the country is still expecting the presence of more international players in the same calibre as Google.

While it may be too early to start comparing expectations, it’s important to consider the typical Cuban business landscape. So, let’s review what it’s like to do business in Cuba.

Doing business in Cuba: What investors need to know

Cuba opened new relations with the United States and captured the interest of investors, not just from the US, but other countries in Europe, Asia and Africa, hoping to expand their market and extend their partnership to international franchises. The following information will interest concerned business owners.

Cuba’s political history is mixed with plenty of bitter-sweet experiences. While the country is opening its doors to foreign trade relations, it’s important to know that Cuba is still run under a democratic centralist system. Under its constitution, Cuba is a socialist nation. It is ruled by the Communist Party of Cuba – a prominent presence in society and state.

Since Fidel Castro stepped down from power in 2006 due to health reasons, the President and Commander in Chief, Raul Castro, has run diplomatic relations with a more broadminded approach. He travelled to France to speak with the French president at the time, Francois Hollande, regarding Cuba’s foreign debt, as well as improving trade and tourism relations between the two countries.

No doubt, Castro’s general acceptance of progress between Cuba and other western countries comes as a bit of a surprise. However, it shows a change in perspective that Cuba is now willing to welcome new investor sentiments.

Google may only just have arrived in Cuba, but the country has always had a thriving tech culture. Havana is a haven of young tech talent; prior to the arrival of Google, Cuban youth wanted better internet access to develop innovative software and access current movies, music and video games.

The capital has a strong, savvy, innovative community of engineers and designers. Since the government has had limited trade with the rest of the world, these tech communities have shown their ingenuity by using spare parts for a variety of novel applications.

From replacing a car part with something from a lawn mower to fashioning a house fan from a washing machine propeller, or building a network application without Wifi, there is no limit to what they can do with the opportunity before them.

According to Adrian Lawrence, “if Facebook can bounce back from the Cambridge Analytica scandal, then Cuba also from anything it has been through in the last decades. The country is ripe for technology growth and businesses will recognise its relevance in the coming months. Since the Google launch last year, several businesses have opted for the .cu TLD. Although, the extension is not restricted to Cuba alone, it indicates willingness for businesses to tap into the available opportunities“.

Other points to note:

In Cuba, there are no shortcuts; everything has a process. Entrepreneurs entering the country with new ideas need to build trust and confidence. They’ll have to prove they have sufficient know-how and capital to complete their projects. Cubans generally see things through a pragmatic filter, rather than an emotional one.

Just because it brokered an understanding with the US government does not mean commercial entry will be automatic. Approval will always go through the relevant channels. Everything is political first, before it is economic. Perhaps it’s this reason that has kept many foreign investors cautious about moving in so soon.

What infrastructure will businesses thrive on?

Since it only recently opened its doors to select operations, it is imperative to learn what services are available for any business. The use of cell phones is growing exponentially in Cuba, and the recently launched Wi-Fi spots mean there are increasing opportunities for connectivity. A business must determine whether services will be available to backup their operations, as well as what channels would be most suitable for their strategy in Cuba.

There is no better time to conduct business market research. It is not advisable to dive in without understanding what’s in store for a business. The reality check is that there is still an embargo. Gaining insights from Cuba Business Outlook and meetings such as [email protected] Cuba Summits are important methods employed by companies today to plan a successful entry into the Cuban market.

It’s no news that Cuba still has one of the lowest levels of internet connectivity in that part of the hemisphere, but the Cuban State Telecoms company Etecsa ran a pilot program to set up internet connections in over 2,000 households across the country.

Google has acknowledged that signing the deal with the Cuban government won’t automatically jumpstart internet access for the average person, but Cubans who previously had internet access and want to use its services can expect improved quality of service and less downtime for cached content.

Internet connection is critical for business growth. With the launch of Google’s servers, foreign businesses can expect good communication networks to thrive, but the big question is in sustainability and acceptance of service.

How will their services or products be received? Will there be an adjustment period, and at what cost? These are some of the questions potential investors are asking themselves. Maybe it is something that new and ambitious businesses should start considering too.

Sharing is caring
Related Items
← Previous Story Is Ethereum Mining Profitable and Worth it in 2018?
Next Story → Mobile Phones: The Future Of Your Business