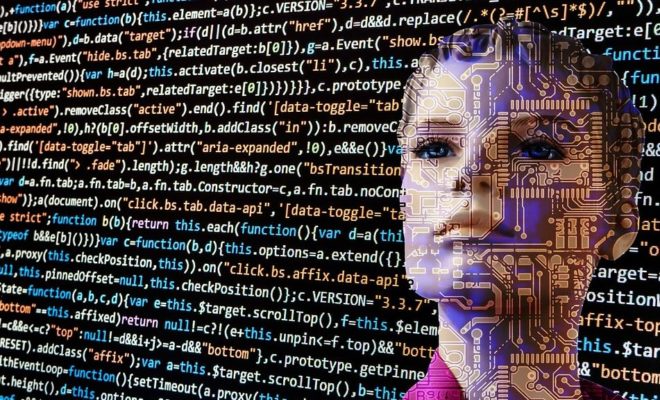 Swift vs React Native: What is The Best Platform For App Development?

A choice between cross-platform development and native development is often informed by how much time businesses can dedicate to development and how much money they are ready to spend. This article will compare technologies for both approaches — that will be Swift vs React Native (RN) battle — and discuss their pros, cons, and offer recommendations on when to use each.

Swift is a new programming language, created in 2014 by Apple — after they’ve encountered lots of issues with their previous native language — Objective-C.

Now, Apple makes revenue on apps that are earning on its platform, so Swift is a present for developers who write apps for Apple. It’s scalable, easily readable, easy-to-learn, and has many error-preventing safety features. It can be used both for the development of apps for iPhones and other Apple products like iWatch and AppleTV. According to the StackOverflow Developers Survey, in 2020, Swift was the ninth most loved language among developers. 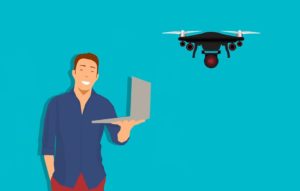 In 2015, Apple fixed its mistake of closing off Objective-C and made Swift open source. It’s gained incredible support from developers for such a relatively young technology due to being learnable, clean (especially compared to Objective-C), and safe. (Also, there is emoji programming! So that’s a plus.) It’s also easy to learn, has a lot of English in its syntax, and was created to be people’s first programming language.

Harder to make errors when coding. Swift has error handling features and a typing system that prevents code crashes in the prod and highlights errors right in the code.

Good performance due to memory management. Automatic Reference Counting (ARC) is Swift’s variation of a garbage collector (GC) feature that gets rid of components existing in the code but no longer used by the app, freeing up the app’s memory and CPU, increasing the app’s performance. The difference between classic GC in languages like Java and ARC is that ARC works asynchronously instead of running in the background and eating app RAM all the time.

Interoperability and full-stack opportunities. In addition to the fact that Swift can be used to program for the entire ecosystem of Apple devices, it’s also compatible with Ruby, Java, and other popular back-end languages. Apart from that, Swift itself can be a back-end language — it’s possible to use Swift for server-side programming — using frameworks like Vapor or Kitura. That sort of universality is a huge pro.

Not that much talent. Right now, Swift holds only 5.1% of the programming languages market share — it’s less than JavaScript (JS) that’s often utilized within cross-platform tools and Kotlin, which is an Android’s programming language, hold. Therefore, compared to other technologies, there’s less talent using Swift—but this very much stems from the fact people prefer to build apps for both platforms now and from the fact that fewer people have devices with an iOS system in general.

Swift is still young—as well as its tools. You might think that 2014 was about a century ago in terms of the Internet, but developers need time to smooth out the edges of their technologies. Swift is the same: its autocomplete still crushes, highlighting still disappears sometimes, and, well, things can be tough in terms of Xcode (main development environment for Swift) performance.

Now, let’s look at the second option, React Native. RN is Swift’s peer — framework development started in 2013 and Facebook launched it in 2015. Now, it’s one of the most popular cross-platform tools for app development. It has a huge active community.

Currently, React Native programmers build for iOS and Android (obviously), create apps for desktop on Windows 10 and macOS, and even program for the web. Whew! They’ve come quite a journey from the first Facebook app that earned a single star on the App Store. 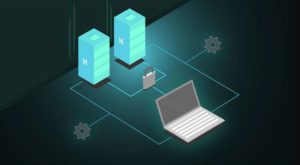 Huge development community Or, more accurately, the JavaScript community. JS is the most popular development language in the world, and React Native uses it. That’s often a dealbreaker for businesses: RN talent pool has more than 12 million developers, and that means their services are often more affordable than those of rare programming languages — and they’re easier to find and recruit.

Quick-to-learn. The learning curve between classic JavaScript programming programmer to RN programmer is very short because the syntaxis of the language is easy to grasp.

Ready-to-use elements and 3rd-party libraries. RN offers lots of components developers can just put into code and run with it — and multiple third-party libraries are published on GitHub to be used and implemented in code — like native UI elements, modules with animations, maps, etc.

Quick debugging. Fast Refresh, a new feature for React Native that heals the pain developers had with debugging with a framework: errors are immediately visible in the code and explained.

Version migration. It’s often super hard for developers to move from one version of RN to the next one — and, considering the fact Facebook updates the framework very often, this challenge can affect app development pace.

Not enough native components. Not all native functionality can be easily implemented via React Native: it has features that help inject native components into JavaScript code without using WebView (and, therefore, without drastically reducing performance). However, developers need to build advanced native features by themselves — using the native languages of the target platform (Swift or Java).

Performance issues. Let’s imagine the way React Native operates like this: two shores, the river in-between, and a bridge across the river. On one shore, there are JavaScript parts that describe what to do in-app and run the app’s business logic (f.i., they know when to call what API, etc.) On another shore, there are native UI components that are — on the device — perceive or listen to what users do with the apps, how they interact with an app’s interface (click, tap, and so on.) For apps to work, elements on these two sides have to meet: the user’s action (on the native UI’s side) has to get to business logic (the JS side) and the response (the change in the app) should go back to the users. The bridge between two shores allows JS elements and native UI components to exchange data by converting them into JSON objects — and that really slows things down. 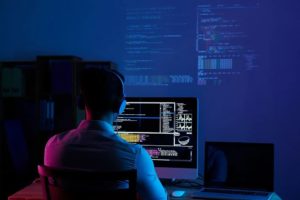 User Interface. React Native makes it possible to create authentic UI elements while still maintaining relatively high performance (if the app doesn’t have a lot of complex elements like animations) but it’s not a competitor for Swift’s native UI.

Speed of coding and time-to-market. Both tools are fast-to-learn and allow in-code error-checking. But: RN is a cross-platform tool, so RN developers build two or more apps while a Swift developer builds one — for iOS. So, in terms of time-to-market, RN wins.

Community and Support. React Native has a bigger community due to JavaScript.

Performance. Swift is capable of tackling very complex features and quickly rendering sophisticated graphics elements. On the other hand, React Native hinders the performance of the apps because of the shallow bridge that is described above. So, Swift does offer superior performance.

Developer hourly rate.  $121-$140 per hour for Swift developers, and about $81-$100 for React devs for the USA and Western Europe. For other regions, rates are much lower, but the approximate proportion holds: Swift developers’ services are more expensive than that of React Native engineers.

As you’ve noticed from the article, the choice between Swift and React Native often comes to:

Technical requirements. For Apple-focused applications, projects that require smooth processing of heavy graphics, animation, and native-like UI for iOS, you’ll need Swift. For a project, which requires you to build with various third-party integration and interact with a rich, productive, and mature dev community, use React Native.

Schedule you’re on. React Native lets you build quickly to two or more platforms (though the other two aren’t mobile). It’s a great framework for early-stage startups: not just because it’s cross-platform, but also due to the incredible number of JavaScript developers around you. Recruiting and hiring RN devs can be really fast. If you can afford to take your time — or want to first build for iOS and then for Android — choose Swift.

The cost you want to allocate to development. React Native devs rates are lower than Swift dev’s rates. Note, that React Native developers still need to use native code — so they should either be a bit experienced in basic Swift and/or Java/Kotlin and know how to build what you would want to build or you should hire part-time help. Make sure to remember to check this one in an interview.

It’s a little bit unfair to compare just Swift (as opposed to Swift and Java or Kotlin) to a cross-platform framework because native development as an approach solves different business challenges than cross-platform one.

Native development should be used when you want to fully use all capabilities of the platform you want to build on and have time and other resources for that. Cross-platform tools are perfect for testing business hypotheses and market demands, good for young ventures and small businesses and medium businesses, and so on.

Hopefully, this article would help you get a feeling of where to move in — and understand better what things impact the functionality of programming tools. So, to answer the question posed in the headline: the best software development tool is the one that helps you achieve your business objectives.