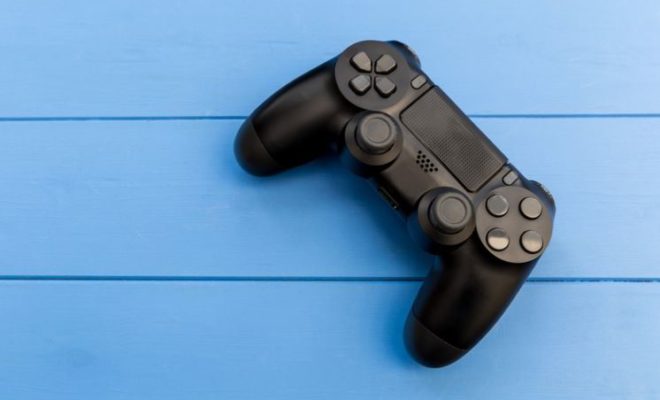 Gaming Trends to Watch out for in 2022

It’s hard to deny that the gaming industry is growing in leaps, having reached the worth of $159,3 billion and 2,7 billion gamers in 2020. Speaking of the forecasts, in 2025, it’s expected to grow by $268 billion, keeping its status as the most lucrative entertainment industry.

Many companies see the numerous opportunities for implementing their projects in this area and are looking for vetted professionals who can turn their ideas into industry-breaking products. For example, many businesses decide to hire Ukrainian developers because it’s a cost-effective solution. The salaries of local professionals are lower compared to their US-based colleagues, while the quality of work is equal.

Though the interest in games of all kinds has increased during the pandemic, the demand for them still continues to boom among customers. But companies often wonder why certain products are being downloaded a billion times, and everyone discusses them, while others barely reach a thousand downloads.

Trends are among the most common reasons for that. They are shaping the modern gaming industry, and some of them are taking off more profoundly than others. So, let’s take a closer look at them.

Subscriptions are becoming a big focus of many companies, and three of the leading global gaming giants, Microsoft, Nintendo, and Sony, have already introduced monthly pay rates for the users who want to access hundreds of titles. It’s more convenient and cost-effective for gamers to purchase a subscription for a price, which is lower compared to buying a single game each time it’s released.

The value proposition has changed from the quality and performance of the game to the options available on a certain platform. Consumers are now more worried about time loss than money, which doesn’t seem as bad to them.

The emergence of the trend for subscription-based platforms has affected other areas as well, like music (Spotify) and video (Netflix). Also, a subscription model makes revenue predictable and consistent, which is a massive advantage for the companies. 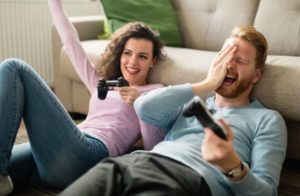 Since the pandemic hindered the opportunity to attend real-life sports for an extended period, people started experiencing a hunger competition, which was soon filled by esports. Even now, when real-life games are allowed, the esports area doesn’t show any signs of slowing down.

This trend has affected the whole gaming industry because now, the companies produce games that have the opportunities to compete with other players. One of the most notable examples is games with a multiplayer online battle arena. 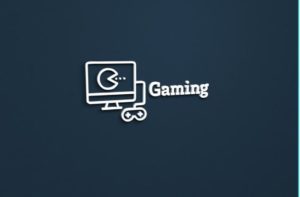 Cloud-based games, or games as a service (GaaS), imply that users can access games via remote servers without the need to download them on personal devices. It means that individuals stream games remotely from a public or private cloud. The heavy PCs are no longer needed to do the heavy lifting.

This trend is closely related to the previous one because most gaming companies operate on a subscription basis. This subscription gives users access to remote high-performance gaming computers capable of playing any selected game from any catalog.

Cloud-based games are more cost and time-effective because they don’t require users to buy costly devices or purchase each game individually. Also, since all data is stored in the cloud, the users get access to their games no matter where they are and can resume the game where they stopped the last time.

Gaming is gradually entering other industries, becoming a novel form of media. Surprisingly, in 2019, the gaming industry brought more revenue than the film and music industry combined. That’s why we’ve seen so many unexpected collaborations in the previous year.

For example, many traditional sports organizations got involved in esports, while politicians streamed games on Twitch. Also, many Hollywood actors have appeared as characters in games or helped produce them.

The industry is experiencing constant growth, so individuals and companies don’t want to be left behind and come up with creative ideas on combining their products with those available in the gaming industry.

The trend for early access is beneficial both for users and developers. The gamers can play the improved or new versions of their favorite games months or even years earlier before the official launch. Meanwhile, the companies that have an early access-focused app development cycle get prompt feedback from the users and can introduce changes wherever required, improving the quality of the final product.

Feedback can significantly change the direction of a game. 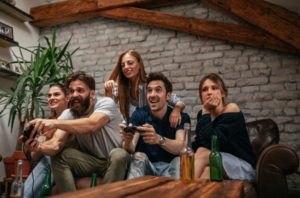 Since many people are spending more time at home, it’s critical for them to socialize without putting their health at risk. That’s why social gaming has rapidly advanced, becoming one of the most sought-after areas in the industry.

The users can create their own links and share with others or use social spaces existing within the games. In this way, many people can watch or play games while socializing with others. Two of the most popular social games, Among Us and Roblox, have experienced a huge increase in the total volume of hours played.

Roguelike games are action-adventure games in which players must restart them every time their characters die in the game. The replayability of such games is increased by the randomly generated environments, while the “world” exists on a uniform grid of tiles.

They are rather difficult for many players, but this feature makes people want to try again and complete the levels. Roguelike games can be played by both a single user or a couple of them.

Since people had significantly reviewed their priorities in 2020, they put mindfulness, mental health, and relaxation in the first place. That’s why they’re looking for games, which help them stay calm, unwind, and stay grounded.

Such games aren’t focused on rushing somewhere to complete the level. Instead, they emphasize the importance of simple moments in life, like snuggling the cat or getting out of bed. Meanwhile, others help to track and maintain self-care habits. Also, there are games that offer feeling oneself in a safe and cozy space, where the users can write and receive kind letters from strangers on the Internet.

With the increased focus on mental health, such games are expected to become more popular because they relate to real-world moments and help cope with various problems.

When utilizing gaming in the area of work training, productivity, and collaboration, people can achieve better results. For example, if the training of a person working in, say, a fast-food restaurant is gamified, one is more likely to learn faster and make fewer mistakes. Besides, it makes the employees more engaged because they are encouraged by the results they achieve during their VR training.

Most games are focused more on men than women, and that’s a well-known fact. However, nowadays, the developers are focusing more on representing women and minorities in their games. As a result, they create female protagonists, and some of them don’t even have the traditional “male” or “female” gender options.

Those are the ten most prominent trends in the gaming industry that are expected to advance in 2021, 2022, and beyond. The world is changing, and so are the approaches to creating and playing games. The gaming market is always in motion, and it’s interesting to know what it’ll bring us in 10 years, isn’t it?