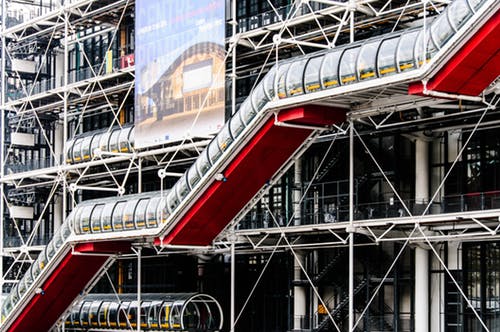 How Much does Leak Detection Cost in the UK

Leaking pipes in your home can lead to several detrimental effects including an unjustified increase in your monthly water bill, growth of toxic mold and decreased property value due to water damage. It is, therefore, paramount that you resolve any suspected leaks in your home in the shortest time possible.

You can use a number of visible signs to establish the location of leaks within your home. Typical signs include damp spots on walls, pools of water in unexpected places, the sound of dripping water within walls, discolored patches on ceilings and so forth.

However, leaks located within the walls and floors of a house are often not easy to detect. As a consequence, such leaks produce extensive water damage prior to detection and elimination. Furthermore, visible signs do not often mark the precise location of a leak. These two outcomes are why it is best to seek a professional plumbing company offering leakage detection services.

So how much does leak detection cost in the UK? Well, this article looks at major factors affecting the overall cost of leak detection. 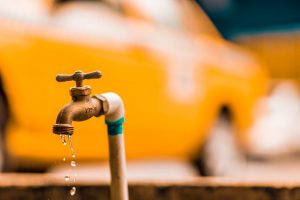 Professional plumbing service companies use various methods to carry out leak detection within residential and commercial properties. Major leak detection technologies include thermal imaging, tracer gas method, and acoustic listening devices. Due to their technical nature and use of multiple-component kits, these methods require trained and certified technicians to operate.

To better understand why a plumbing company would charge varying rates for different leak detection approaches, you need an understanding of how they work. The reason being, such knowledge provides you with insight into why one technique better suits a particular leak detection scenario than another.

Thermal imaging is based on the premise that objects and surfaces produce varying levels of heat energy in the form of infrared radiation. For instance, pipes carrying hot water produce a lot of infrared radiation compared to other objects in their surroundings. Coldwater pipes, on the other hand, emit little heat energy. Thermal imaging is, thus, best suited for use with hot water pipe systems.

Infrared radiation is visible to specialized sensors that work within the infrared light spectrum. The data obtained by the sensors gets translated into a thermal image that maps out the minute differences in infrared emission.

A technician makes use of a handheld console with a screen on the user end and thermal sensors on the other. He/she can fine-tune the sensitivity of the thermal imaging device to best suit the thickness of walls and floors. This leak detection technique can detect leaks at depths ranging from 1 to 5 inches.

The technician holds the thermal imaging console mere millimeters from the wall or floor to maximize the detection levels. He/she moves the device systemically over the surface while keeping a keen eye on the screen. In this manner, the technician is able to map out the network of concealed pipes within the wall or floor and identify spots with notable thermal differences. A leak is usually located at such a spot.

With an accuracy of up to 95%, thermal imaging is a very effective leak detection method. To use this leak detection service, you can expect to pay between 150 to 1000 pounds. The size of your house, the need for invasive pre-inspection procedures and the overall duration of the job are factors that considerably affect what you end up paying. 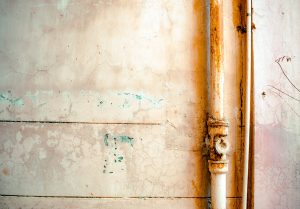 Whenever fluids or gases escape from a pipe, the sound is often produced.  However, due to the insulative properties of the various materials used on walls or floors, these sounds are often not detectable to human ears.  Fortunately, the use of a highly sensitive rod-mounted microphone on acoustic listening devices makes it possible to detect sounds as low as 1.5 decibels.

The microphone generates electrical signals when it detects sound. These signals get amplified prior to their transmission to a pair of headphones. In this manner, a technician is able to listen for noises indicative of the presence of leaks within the walls, floors and the ground outdoors.

Acoustic listening devices, typically, consist of a handheld rod-mounted microphone, a waist-mounted amplifier unit and a pair of soundproof headphones.

As with thermal imaging, the technician must have the microphone a few millimeters from the target surface to maximize detection. He/she then moves the microphone methodically over the wall, floor or ground while keenly listening for any odd sounds indicative of leaks.

Acoustic listening devices feature an impeccable accuracy of 98%. You can expect to pay between 100 to 1500 pounds to make use of this service. As with thermal imaging, factors like invasive pre-inspection procedures, duration of the job and transportation can adversely affect what you pay at the conclusion of the job. 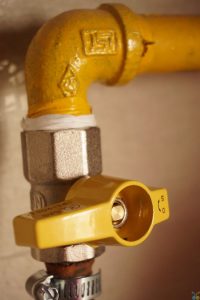 This leak detection method makes use of inert gases to detect the location of a leak within a pipe network. The gas used must be no-toxic to humans, unreactive with the material making up the pipes and detectable at low concentrations. The two most commonly used gases are nitrogen and hydrogen. These two gases are typically used in combination.

To ensure that the gaseous mixture flows from the point of entry to the rest of the piping infrastructure, a technician introduces both gases simultaneously and at a pressure of 2 atmospheres.

A typical tracer gas leak detection unit consists of the gas tanks, an air-tight interface for gas introduction, multiple gas detectors, and a display console to which the sensors are connected.

The technician first empties the target piping infrastructure of its contents and then seals any points through which the tracer gas can freely escape. He/she then places a series of sensors at multiple points throughout the entire piping network. Next, the technician connects the airtight adapter to the pipes and slowly introduces the tracer gas. He/she does this while monitoring the display for any sensors that get active on detecting the gas combo.

Despite having a much lower accuracy than the two previous methods with 90% accuracy, tracer gas leak detection requires less time to attain conclusive results. Furthermore, the method is ideal for extensive and complex piping infrastructures hence ideal for multi-story apartments, large hotels and factories. You can expect to pay between 250 to 2000 pounds for this leak detection service.

While the minimum you can expect to pay for leak detection service is 70 pounds, it is worth noting that most professional plumbing companies do not charge a cent if no leaks get detected.